RETURN TO RICE: A message from the President on planning for the fall semester

Why this master's student came to Houston for polymers 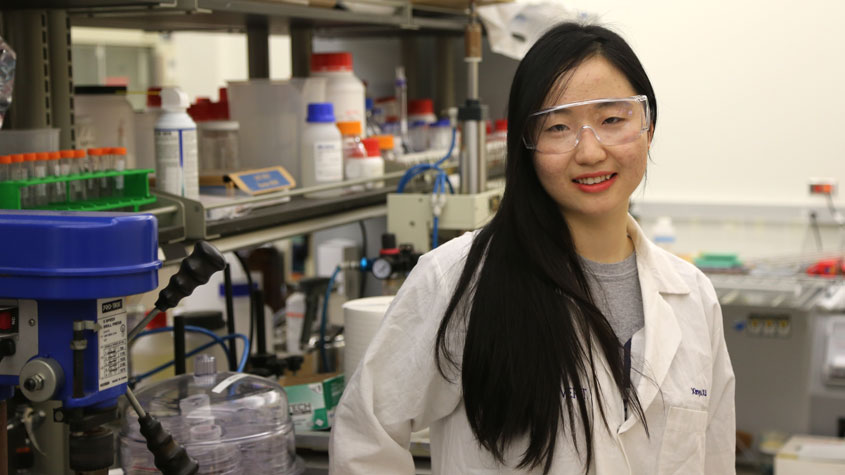 “When I was a little girl, those machines have always interested me. They seemed complicated and I didn’t understand them but I liked the idea of building a machine that could help people,” said Xu, who is in her second year in the engineering professional master’s degree program at Rice University.

“Xinyu is in my group with senior graduate students on lithium-conducting covalent organic framework," Lou said. "This will have future applications in advanced solid electrolytes for all-solid-state lithium-ion batteries.

"She is very hard working, has great passion for scientific research and also great leadership skills."

Xu was born and raised in Shaoxing, a coastal city in east central China, where both of her parents work in business. Like many engineering students-to-be, she said was attracted early to math and science, and never wavered in her focus.

“We had a friend who went to Rice and he liked it,” said Xu, who since April she has served as president of the Rice Chinese Students and Scholars Association. "In China, Houston is most famous for rockets, NASA. I knew that and I knew the school is small. That’s what I wanted."

In 2018, Xu earned her bachelor’s degree in polymer materials and engineering from HeFei University of Technology in Hefei, the capital of Anhui Province, about 300 miles west of Shanghai. She wrote to one of the polymer specialists at Rice, Ned Thomas, the Ernest Dell Butcher Professor of Engineering in MSNE.

COFs are two- and three-dimensional organic solids in which the parts are linked by strong covalent bonds. They possess predetermined structures similar to those found in such naturally occurring substances as diamonds and graphite. Assembling COFs from molecular building blocks would provide covalent substances that could be turned into lightweight materials with many applications.

Xu will graduate in May and go to work for CGG, a French-owned geophysical services company.